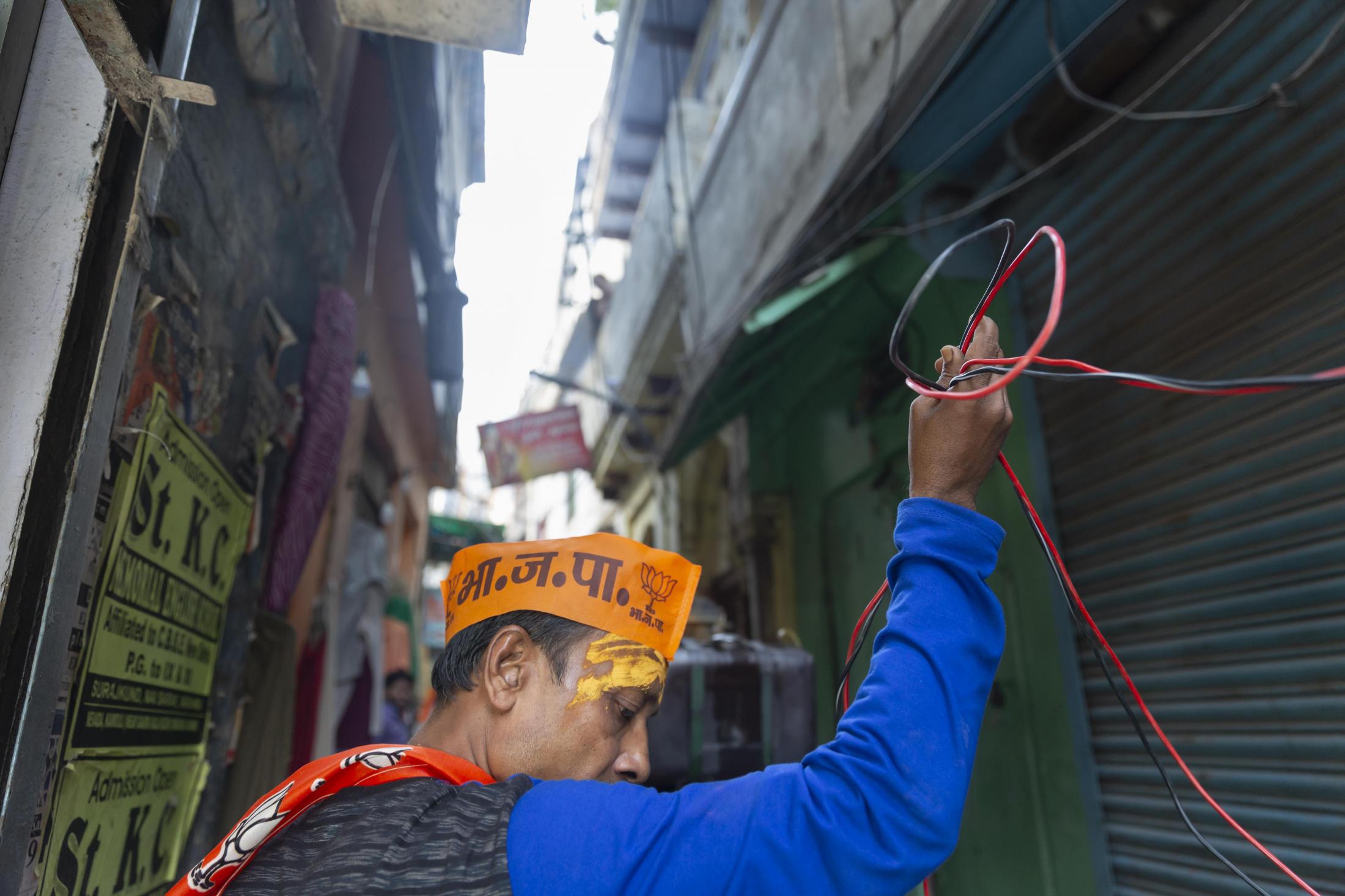 A BJP supporter sets up the music system before the Lok Sabha election results were disclosed.

Identity politics is inevitable in democracies, however, it is articulated through a persistent sense of discrimination and oppression along the axis of defining one identity from the other. Rather than understanding oneself as having diverse and multiple identities, Indians are provoked to support political parties based on their religious identity. The Bhartiya Janta Party (BJP) experimented with this unique mix of caste and religion-driven politics in 2014 and has cemented it in 2019. This body of work explores these phenomena from Prime Minister Narendra Modi's constituency; Varanasi, India. 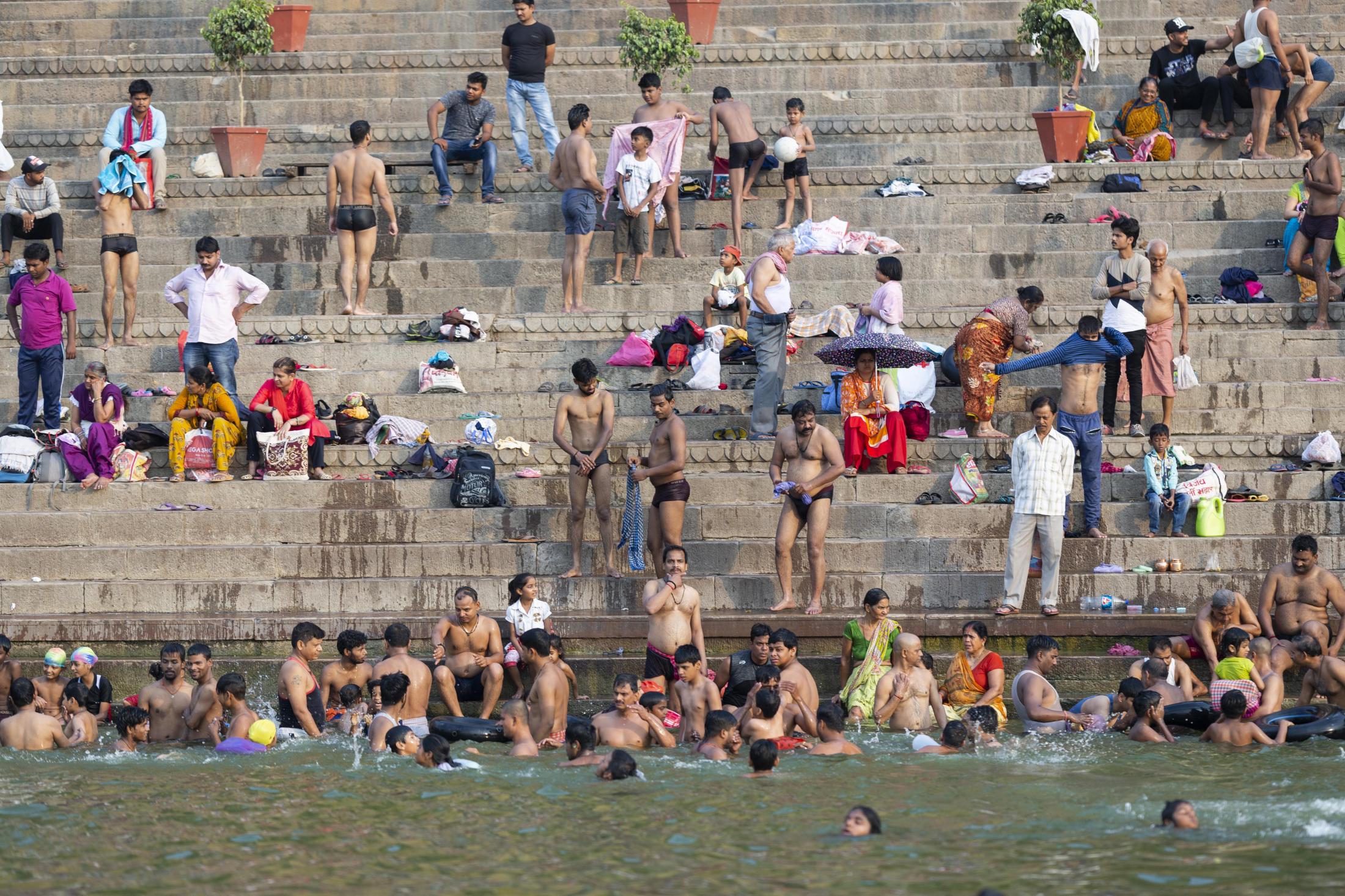 Devotees take a dip in the holy River Ganga in Varanasi, India. 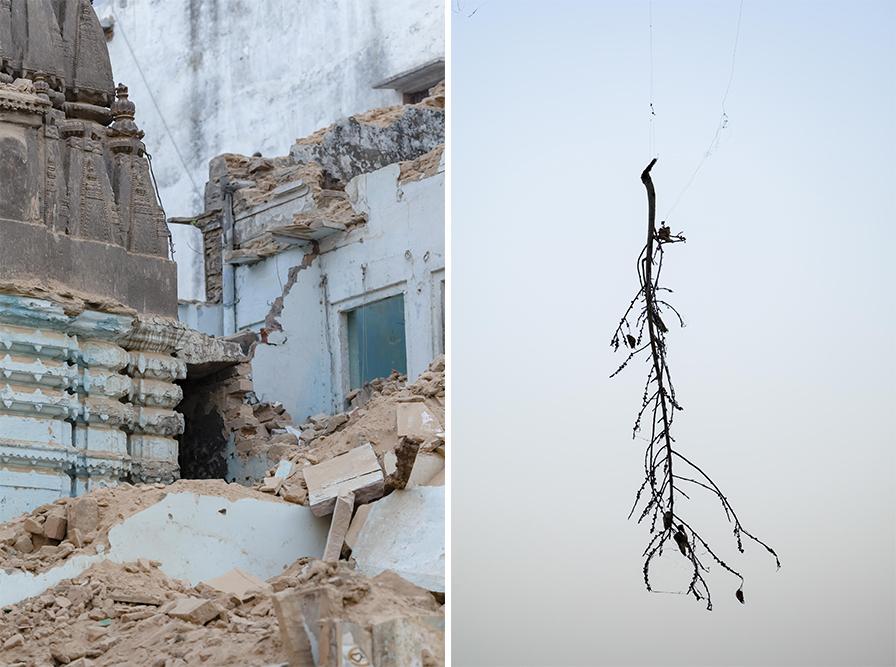 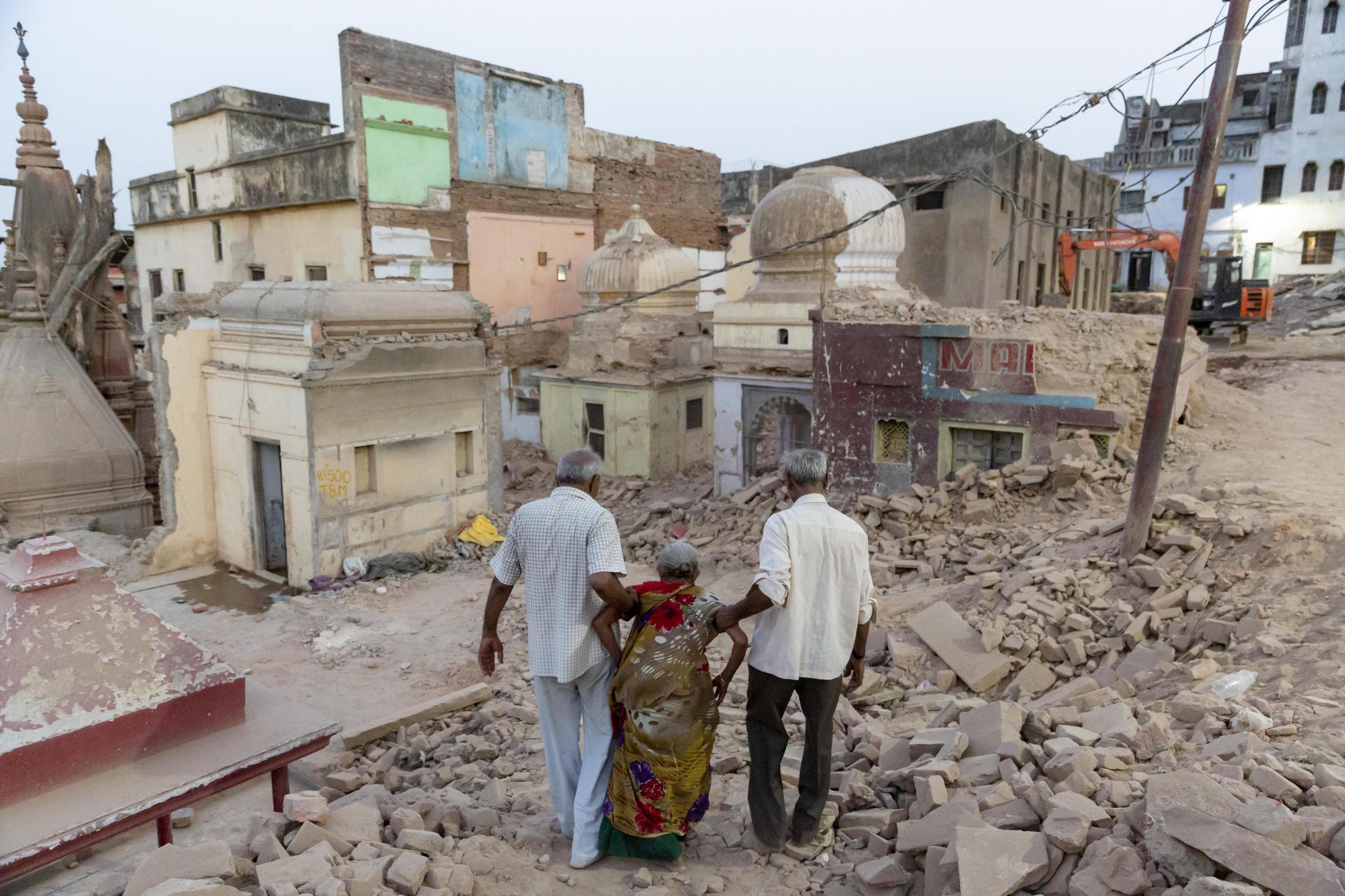 "He has taken away the soul of this temple by tearing apart all the houses and temples that lead to the river," says Geeta Devi, a pilgrim who traveled nearly 1000 kilometers with her sons to visit the Kashi Vishwanath Temple in Varanasi. 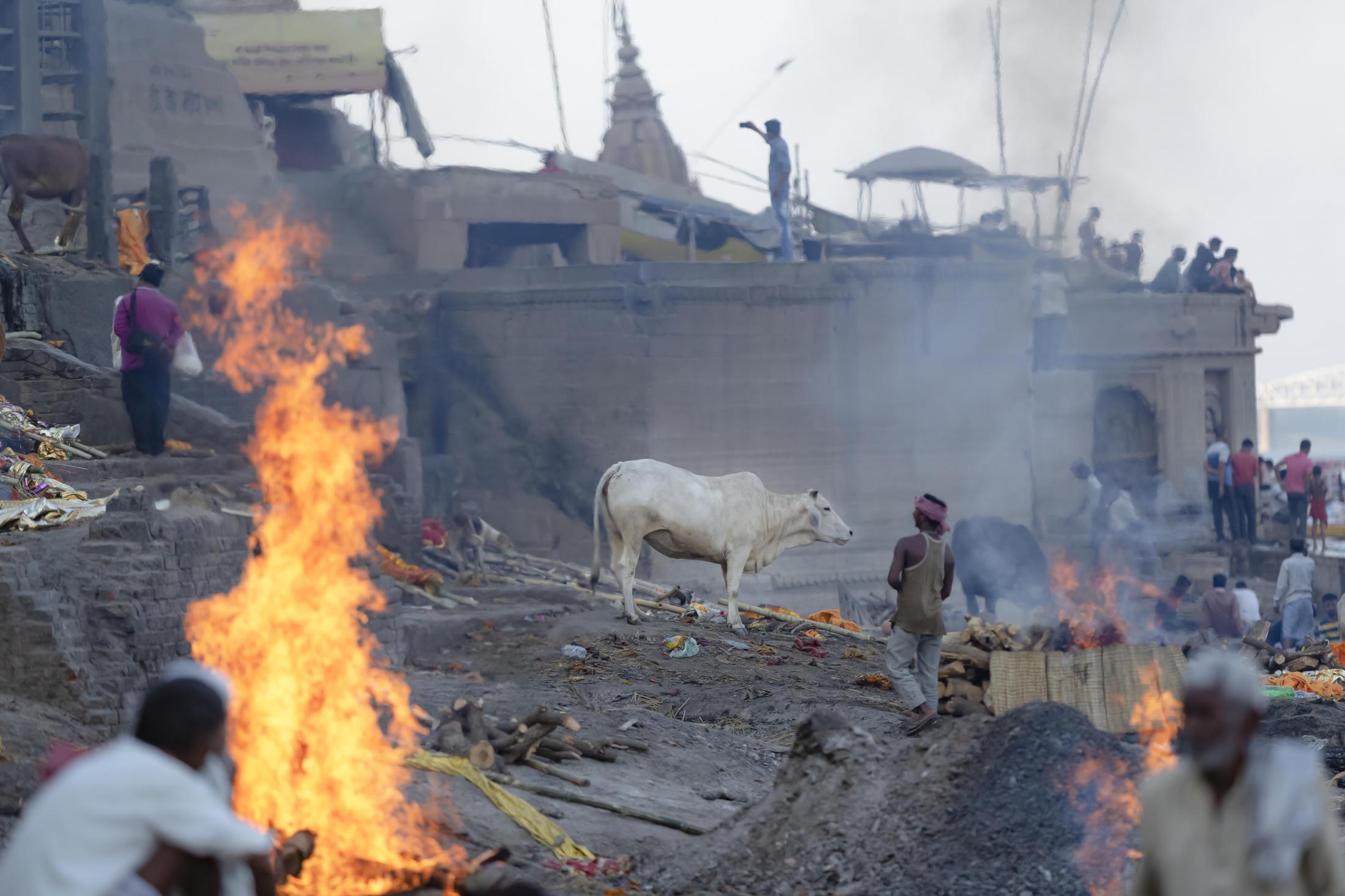 A cow stands still around cremated bodies on Manikarnika Ghat in Varanasi. 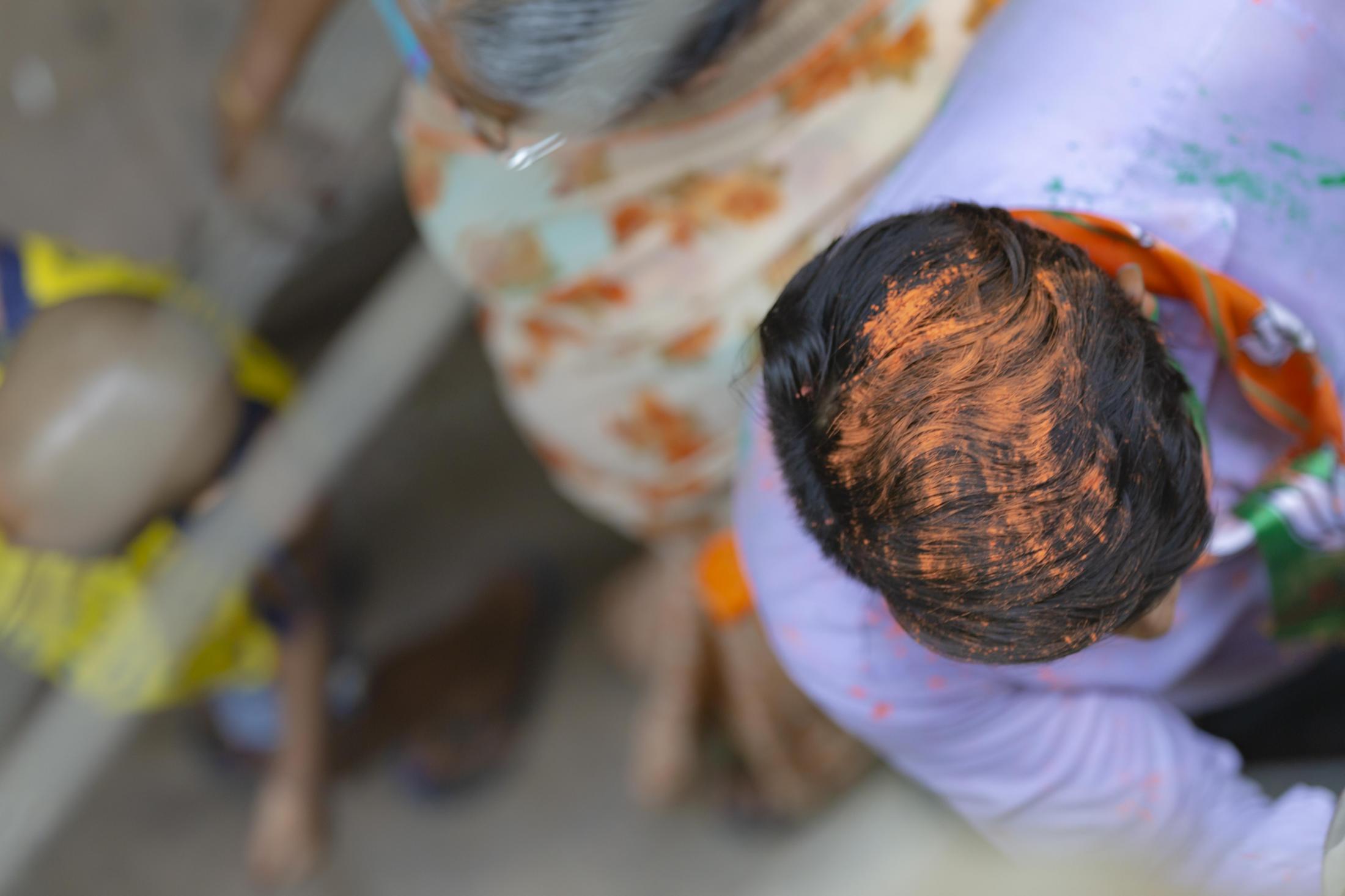 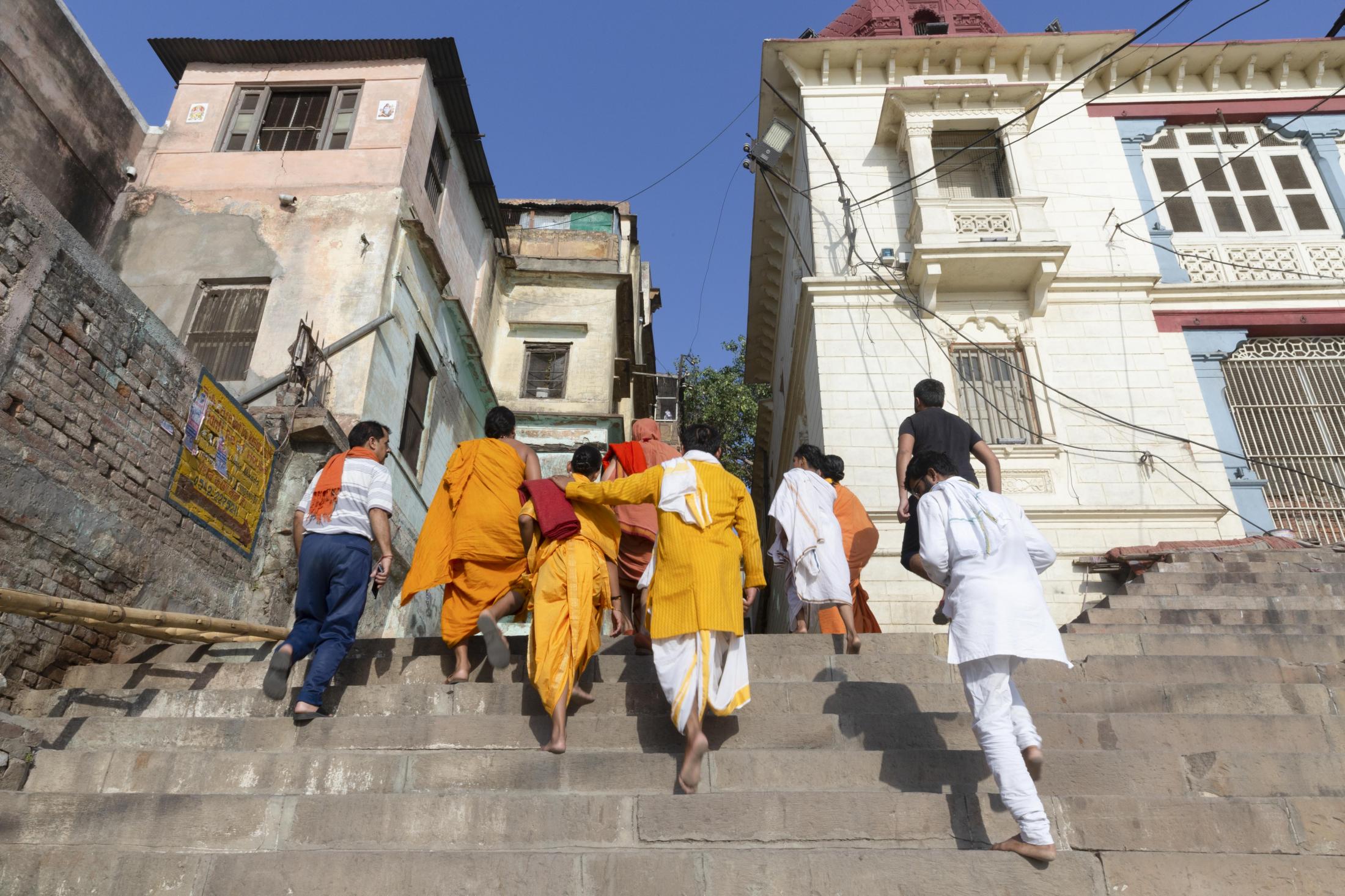 Voters head to cast their votes at the Karnataka Guest House on Hanuman Ghat during the seventh and final phase of voting for national elections in Varanasi. 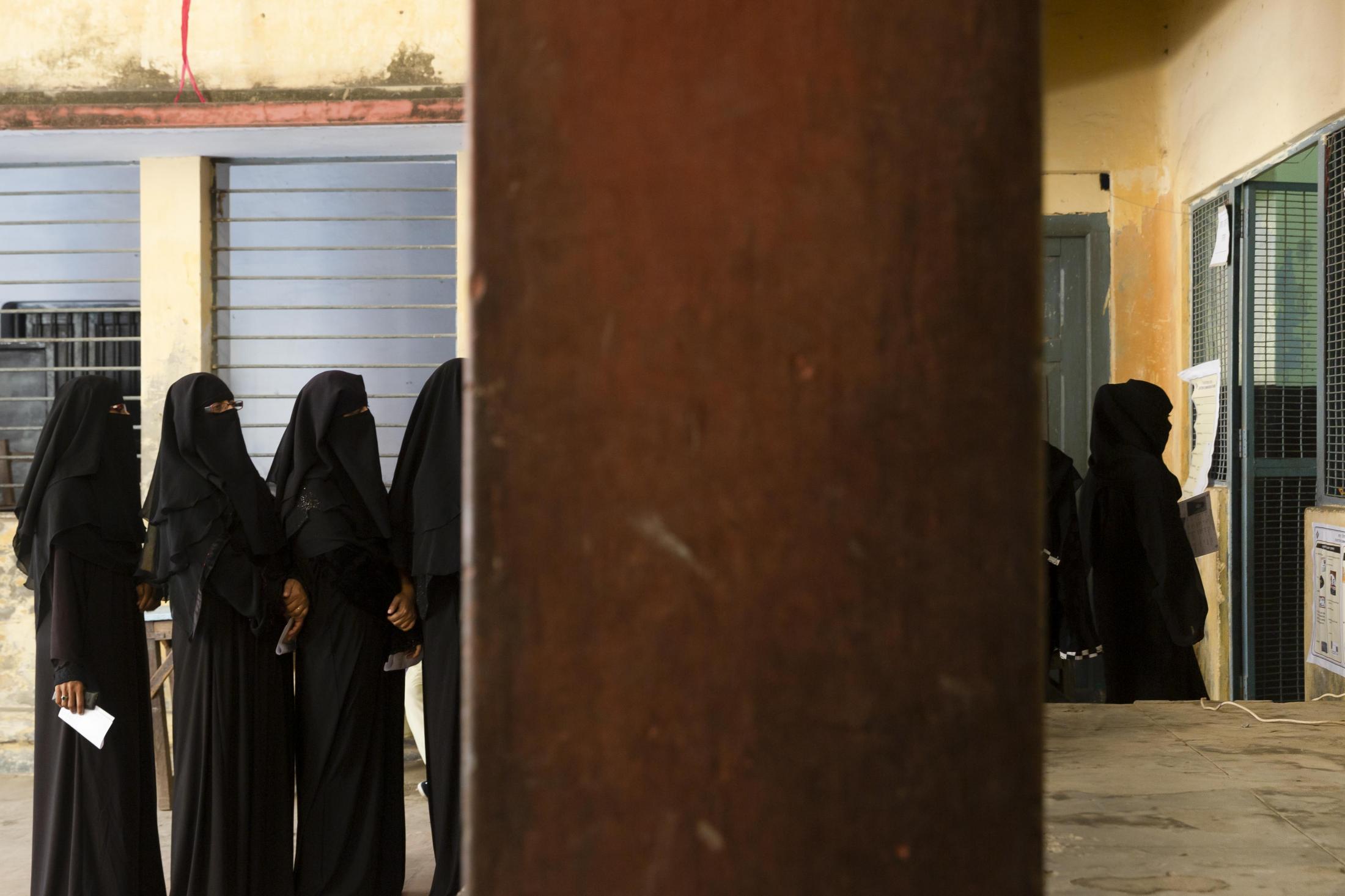 Voters stand in a queue at the Bengali Tola Inter College in Varanasi. 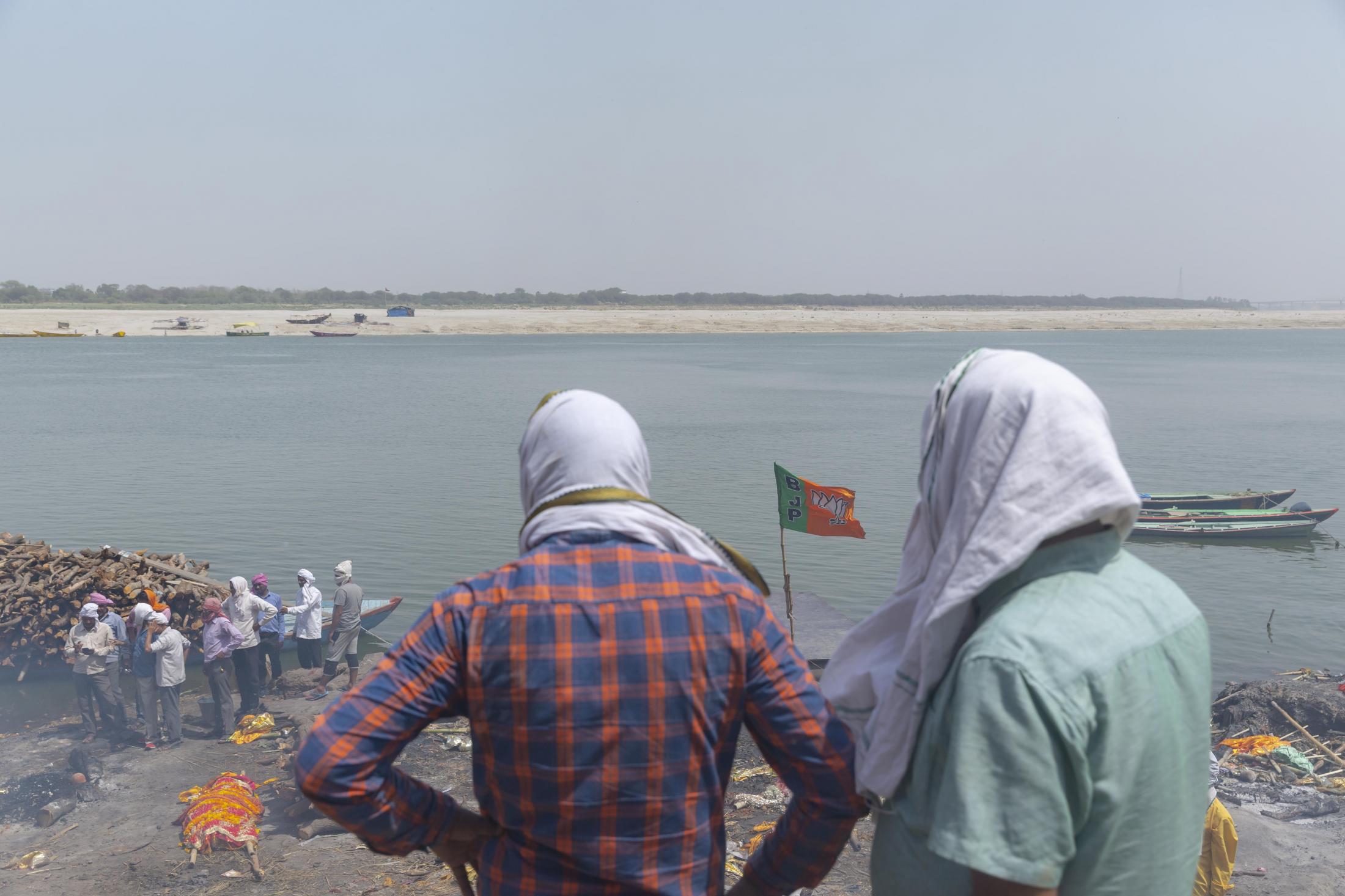 Two men look over a funeral ritual at Manikarnika Ghat. "This ghat is very sacred to our Hindu culture. It is a gateway to heaven for those who are cremated here. I have spent all my life on this ghat. On average I see around 100 to 150 bodies being cremated each day. In the midst of these elections, for the first time ever, I have seen a political party dishonoring the sanctity of this ghat by erecting a flag of their party," says a cow shed owner. 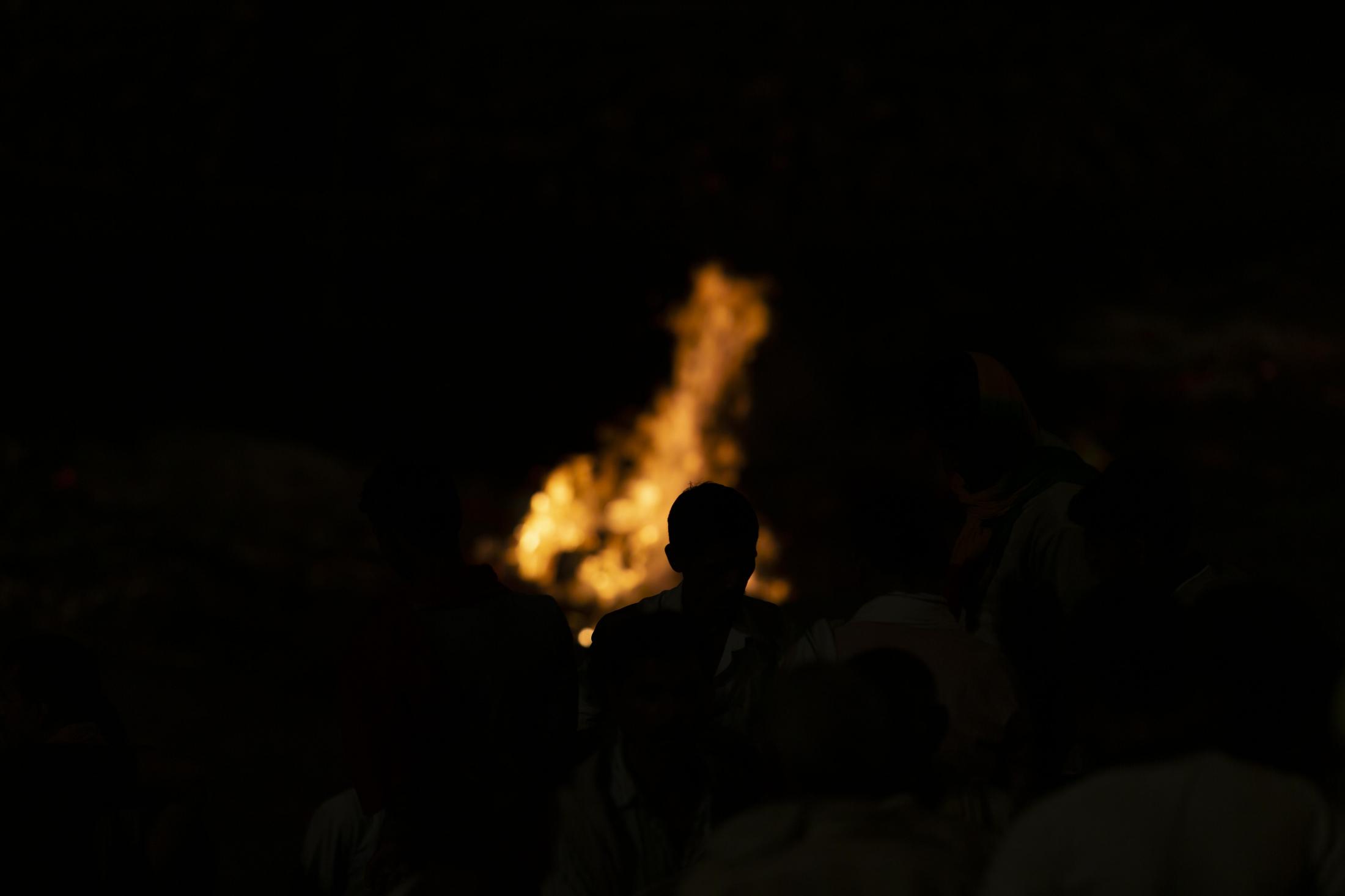 "There are two kinds of people in Varanasi; one who are blind fans of Modi, an exact impact of a 5000 crore marketing campaign and there is another part that is disappointed with Modi who exactly know that his ideologies are not right and this is not how you win elections and run a government, but they remain silent. If you don't have a strong social standing and if you vocalize your dissent then there is a fear of social boycott, unnecessary confrontation, and humiliation", says Sana Sabah, co-founder of a social start-up in Varanasi.

Identity politics is inevitable in democracies, however, it is articulated through a persistent sense of discrimination and oppression along the axis of defining one identity from the other. Rather than understanding oneself as having diverse and multiple...

Kanishka Sonthalia (b. 1990) is an independent documentary photographer currently based in Brooklyn, New York.